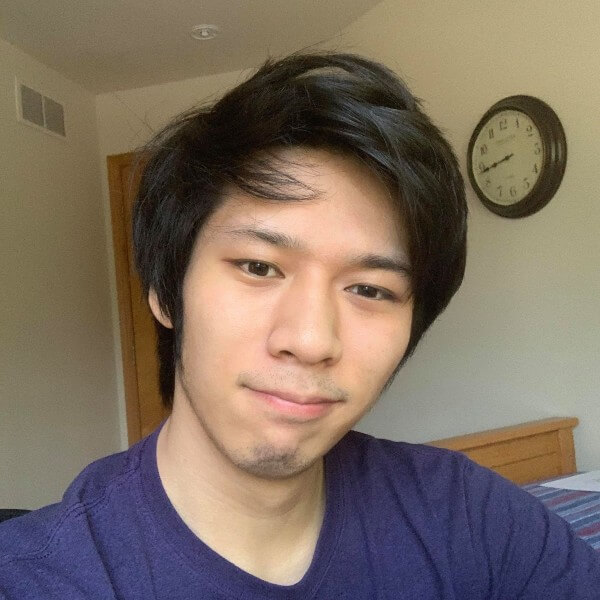 Meet Jonathan, a happy DAT Bootcamp customer who recently conquered the DAT. I’ve asked Jonathan to share his DAT experience with us to start 2021 strong as the Featured Student of January.

I mainly used DAT Bootcamp for the biology portion and the flashcards available on Quizlet. It took lots of careful memorization and going over each term to make sure I understood everything–I also made good use of Dr. Mike’s Ochem outline and reaction sheet. The practice tests and daily warmups were also helpful, since I would be given possible questions that could show up on the actual test. The practice tests were extremely useful in this regard as well, in addition to helping me be comfortable with the timing of the test. The structure of these tests is nearly identical to that of the actual DAT. While I didn’t actually end up using all the resources, the resources provided were a godsend to my success on this test. One thing I found myself doing was writing down the terms and concepts that I was getting wrong in practice or didn’t fully understand the answer to, go over them again and again until the answer was practically drilled into my mind. I also noticed a lot of my incorrect answers was because I was making dumb mistakes like reading the question wrong, selecting the wrong answer, or misconstruing a piece of information. I took great note of these small errors as they dragged down a better score and it paid off when I took the DAT for real.

I had an interesting time taking the DAT–I was originally supposed to take it back in March, while I was still in college (having studied in January). Then COVID-19 hit and I was forced to have it moved back a couple of months to August. If you’re someone who was forced to reschedule your test, make good use of this extra time. Lots of dental schools understand the circumstances of rescheduling, so the test day deadline is not that strict. Keep going over the notes, practicing, and making sure you are confident. It wasn’t enough that I spent three months studying day after day, I needed to spend the next five months maximizing my potential. I learned that spending days on end not studying was hugely detrimental to retaining knowledge, to the point where I was studying harder than ever two weeks before test day trying to relearn everything I had forgotten. Another thing to keep in mind: don’t assume just because you know a topic from previous experience, you don’t have to pay as much attention while studying. I learned this the hard way when I took the QR practice test without any studying and made a lot of mistakes. This brings me to another point: learn from your mistakes. Failure is a great teacher, but the trick is to fail now and improve so that you don’t fail on the DAT.

As previously said, I kind of slacked in my studying schedule once COVID-19 started shutting everything down. In May I spent most of my time focusing on dental school applications and then not doing much of anything in June, which ended up being pretty detrimental. I probably would have spread out the studying more so that August wouldn’t have to be so stressful. Honestly, the hardest part about everything was keeping to a schedule. Another thing is to not be as nervous–I was a total wreck stepping into the test center and barely got any sleep the night before, but had I known it wouldn’t be so different as a practice test I wouldn’t have stressed over it nearly as much